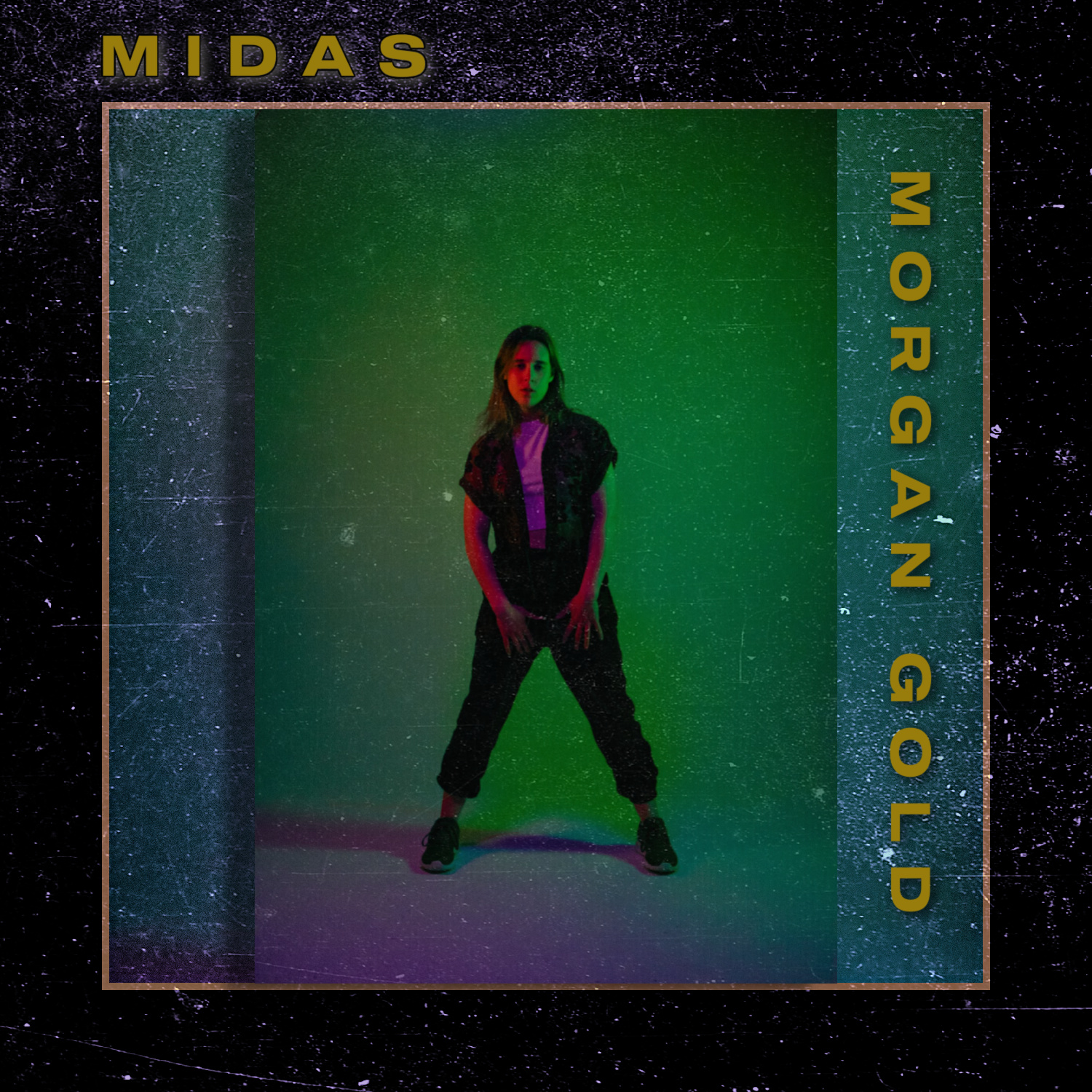 Morgan Gold, a Chicago-based singer-songwriter-musician, has taken the world by storm. Gold had a consistent and successful album rollout, and she’s been a constant fixture in the indie music scene through commanding performances, quality singles, and a genuine approach to fan and peer engagement. Gold impressed with lead album single “BACK UP,” which was later accompanied by a dazzling music video. The second and final single, “COMEOUT,” was unlike anything fans had heard from Gold in the past– and it was met with well-earned praise. Joined by Gold on the record is her partner, 730Skylar, who executively produced and engineered the album. “MIDAS” is a worthwhile journey that unpacks Gold’s relationship with her partner and her budding career.

The album begins with “I’M WITH YOU,” a passionate record that sees Gold stepping up as a support system for her partner in trying times. “Don’t you worry, my dear/We all need time to disappear,” she sings affirmatively. As is normal in any healthy relationship, Gold looks for reciprocation on “NO INTRODUCTIONS.” The production is immersive, which is customary for Gold and her Ethereal R&B sound. She’s been putting everything she has into her craft, but she’s still “facing days where it feels out of reach.” Gold is offering parts of herself to her partner that may otherwise be hidden from the rest of the world. That sort of vulnerability is present throughout the record.

The guest appearances on the album come in consecutive tracks. “TRU 2 ME” is a strong record featuring great performances from No Montana and M.E.L. “Versatile” is a bouncy instrumental led by 730Skylar who has a smooth, confident flow. The transition between “Versatile” and “COMEOUT” is seamless. In many ways, “COMEOUT” is a powerful battle cry. Gold takes aim at homophobic rhetoric she encountered growing up. She remembers times where she felt weighed down by stigma which resulted in internal conflict. “Maybe I’ll wear a pretty dress and play it safe,” she recalls. Gold also expresses joy in finding a new home and community following her move to Chicago, IL. “BABYGIRL” is an upbeat love song that works as an excellent followup to “COMEOUT.”

The album progresses nicely, and the songwriting and production remain consistently sharp. “BIG BANG!” is one of the most interesting and exciting songs on the record. Gold’s delivery is confident and stone cold, saying, “Bitch, I’m like the Big Bang/I started everything you see.” As the song proceeds, she returns to her patented vocals, opening up about trust issues she’s dealing with in her relationship. “Maybe I need a new drug/You’re just looking for fixes,” she sings, clearly frustrated and saddened. On “FORGIVENESS,” Gold seeks to make amends. She promises to be a better partner, and she acknowledges that “to lose you would break me beyond repair.” The closing track, “HOME,” is a gentle ballad that conveys what Gold’s partner means to her. “No matter where I go, you’re my home,” Gold sings with sincerity. It’s a moving ending to a phenomenal debut album.